THE STORY OF THE FURSKIN PROJECT 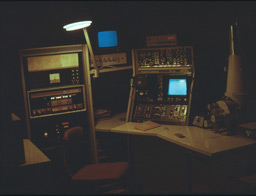 The entire project started in 1979. In the beginning, a sample of unknown fur skin was found during archeological research of a grave field in an area called "Na Valach" near the town of Uh Hradiste. Professor Vilem Hruby found more of the fur article (probably of the muff) in the grave No. 226/5.
Under microscope, the fur skin was a visibly well preserved hair structure, but the identification of the specie was very difficult because of the necessity to compare it with numerous samples of fur skins. We had collected a significant number of such samples during decades of fur research. In the technical literature we were not able to find enough microphotographic figures for comparison, so we decided to fill the gap in documentation. In this time of "socialistic planned economy," this unplanned work could be done only in our free time and mainly at our own expense. But the study was very attractive. We obtained many new fur skin samples from the National Museum of Praque, and from some zoos, particularly those in Hradec Kralove, Lesna and of Brno. Samples of fur skins from Siberian and far eastern territories, including the rare snow leopard, were selflessly donated by Professor Strachov from the Technological Institute of Moscow. During years 1979 to 1985, we documented microstructures about 130 fur species. This study discovered some structural features not known until now, e.g., branded hair shaft (ornithorhynchus anatinus), cuticle perforated by medulla (choleopus didactylus), unknown shapes of medullar structure (dicotyles tajacu) and others. The huge volume of data soon indicated the necessity of computer assistance, which could perform alphanumerical coding and digitalization of micro-morphological features and some algorithm for comparison of fur skins. This resulted in the present computer program, permitting time-saving, quick comparison.

Year 1982
The first computer program for fur skin species identification based on microscopic structures of the hairs was composed in 1982. It was written in BASIC language for a Pocket Computer Sharp PC-1211 with operating RAM memory of only 1920 bytes. The numerical data of compared fur species having about 15,000 bytes was assigned on one side of a 120 minute audio cassette and was gradually read by program. The whole comparison took about 60 minutes. Input and output data were displayed and printed. 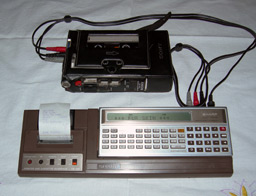 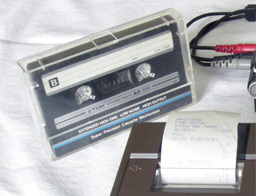 Year 1989
The first volume of Atlas of Microscopic Structures of Fur Skins was published by SNTL for Elsevier Science Ltd, ISBN: 0444988998. In this volume we described 51 species of fur skin. 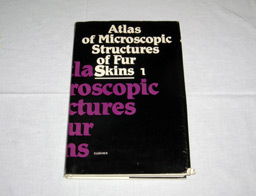 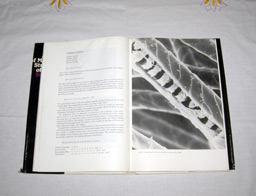 Year 1990
In Scientifur, Vol.14, No.3 1990, a computer program SEEKFUR, for identification of small fur samples based on micro-structural comparison, was published. This program was adapted for 8-bit systems (CP/M) and for 16-bit computers (PCs with DOS operating systems).

Year 1994
The study of fur skin microstructures was enlarged by 83 new species and the entire documentation of 134 samples was digitalized.

Year 1997
The final version of FURSKIN, the microscopic Atlas containing new electron-microscopic figures, had an identification algorithm developed for PC operating systems DOS 3.3 and higher, and Windows 95 and issued on a CD. Program Fur Skin was written in C++ language and operates very quickly, even on the computers IBM PC 286 with 640 kb RAM. 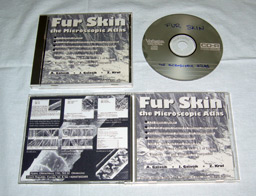 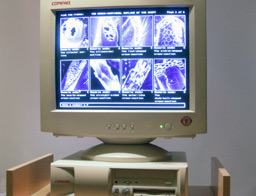 Year 2006
For better availability, the fur skin micro-structural data was transferred into the Internet version of FURSKIN (www.furskin.cz). This version is independent on the specific hardware and works on all common computers with an Internet connection and graphic browser, either PC or MAC computers. The application has been tested for Firefox, Internet Explorer and Safari browsers. 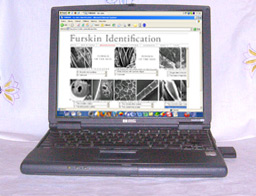